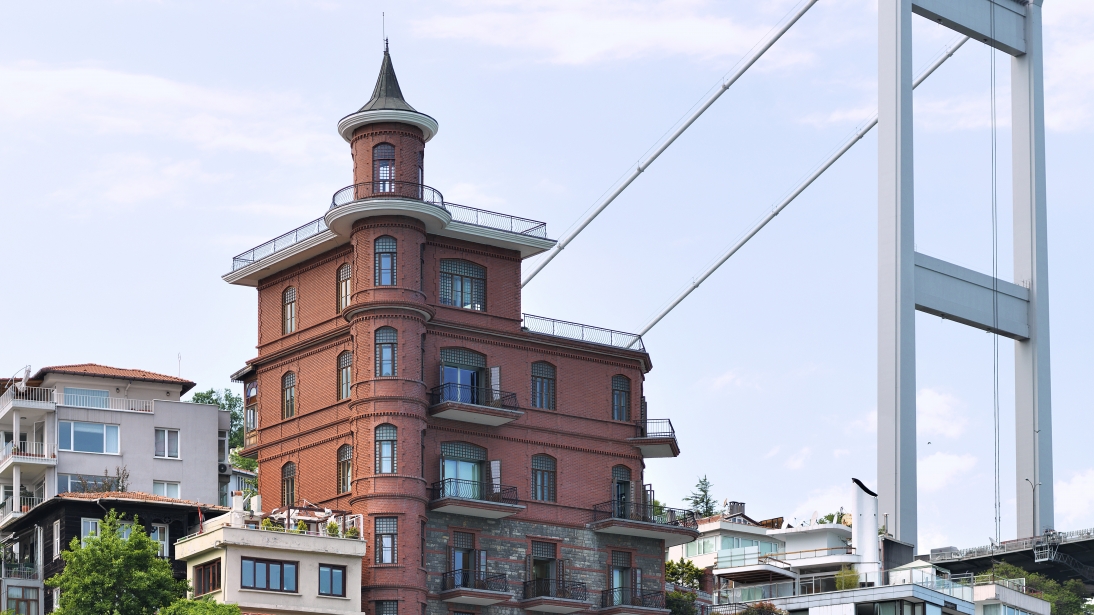 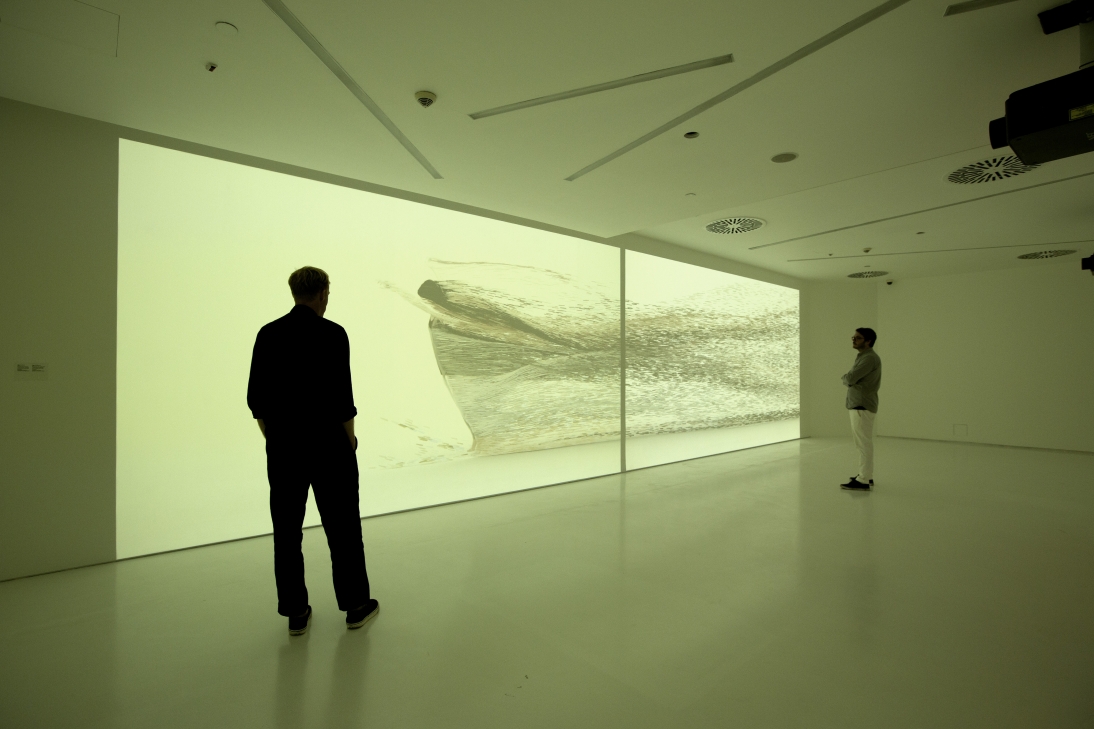 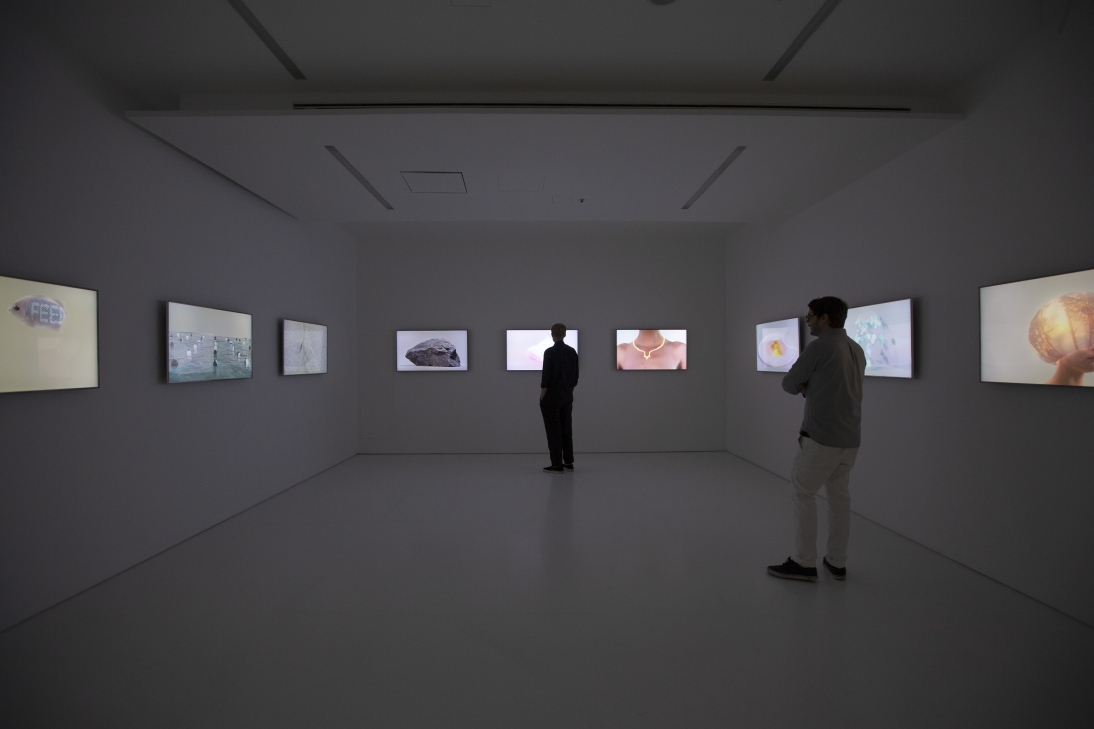 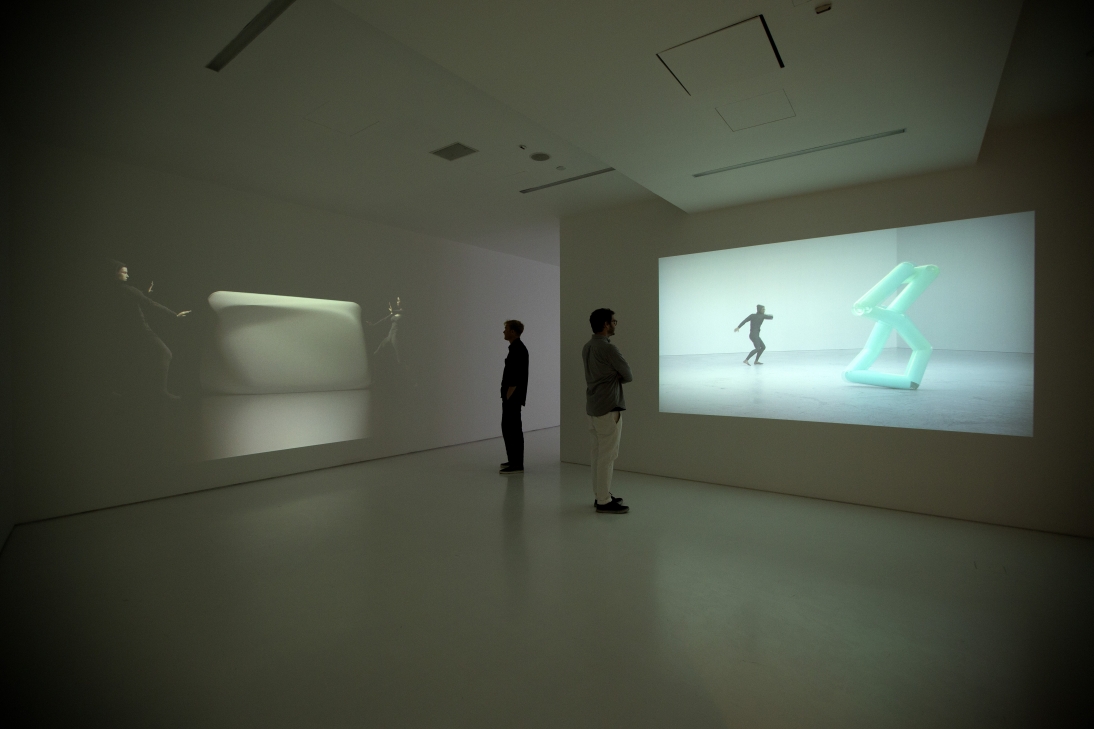 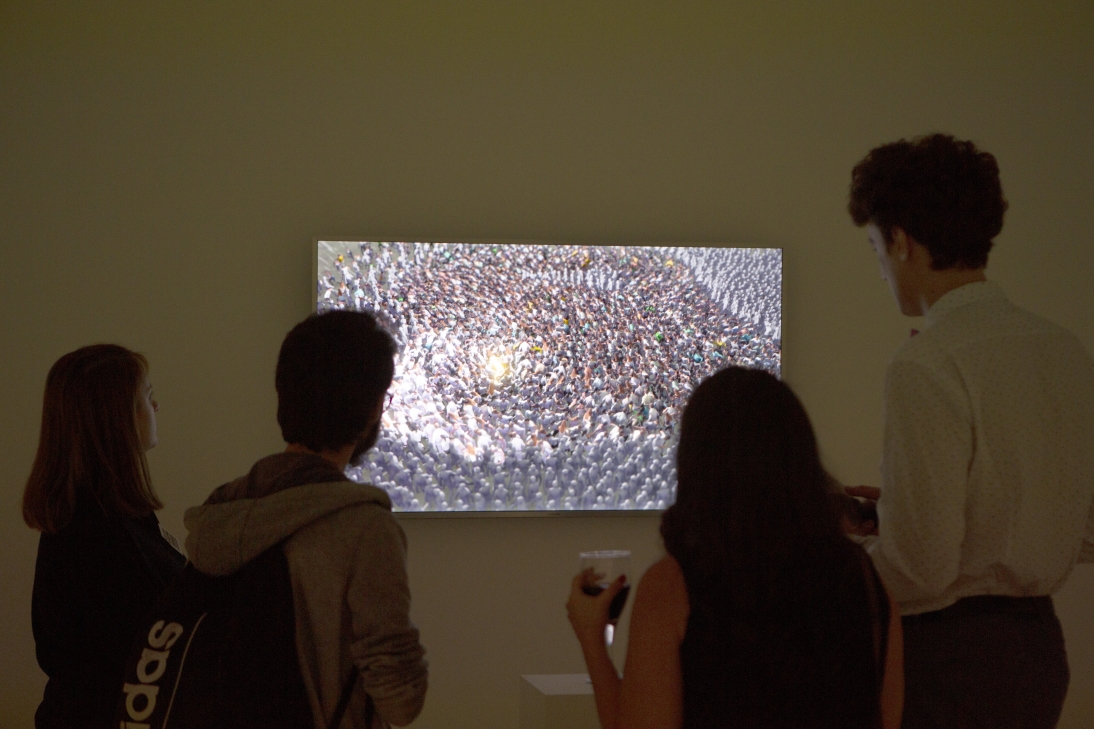 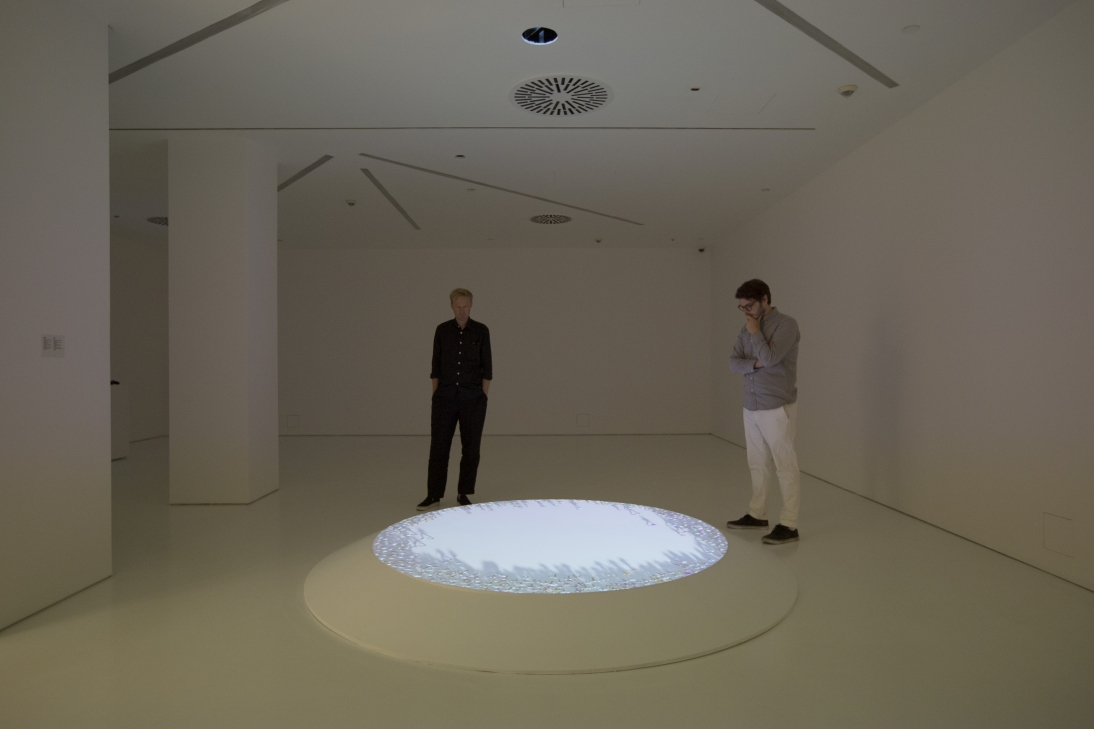 Borusan Contemporary interview - Conrad Bodman from Universal Everything on Vimeo.

Borusan Contemporary interview - Kathleen Forde from Universal Everything on Vimeo.

Fluid Bodies is a solo exhibition by Universal Everything curated by Conrad Bodman for Borusan Contemporary, Istanbul.

The exhibition explores Universal Everything’s fascination with the human form – the characteristics of the individual and its behaviour as part of a larger collective. The early works, Portrait II, Supreme Believers II, and Walking City, focus on the individual body and its capacity to reshape, transform, and to adapt. The next group of works, Tribes and Emergence, explore the nature of the individual when subsumed within a larger group.

If the first section of the exhibition is about the here and now, the second section explores what the future might look like. Smart Matter, the first in the Hype Cycle series of films, explores human-machine collaboration through performance and emerging technologies. Machine Learning shows us a new world where the machine is now autonomous creating new unpredictable forms of movement. Finally, Screens of the Future is a series of visionary prototypes, showcasing our increasingly integrated relationship with new technologies.

The digital art exhibition features works by Universal Everything that have recently been acquired by the Borusan Contemporary, including Screens of the Future, Supreme Believers, and Tribes. These pieces join existing works by the studio that are already held in the collection (1000 Hands, Communion, Presence).

Conrad Bodman is a leading international film and media curator based in London, who previously collaborated with Universal Everything in 2014 on the exhibition Digital Revolution for the Barbican Centre.